The researchers’ study seeks to gain a better understanding of driving and
Autism Spectrum Disorders (ASD) by surveying parents/caregivers of adolescents/
young adults with ASD who were currently attempting, or had previously attempted,
to learn to drive. 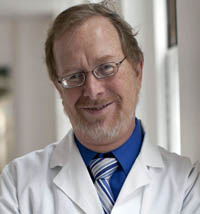 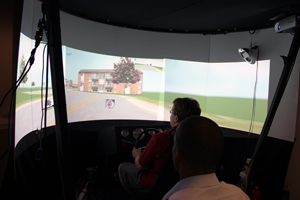 Related posts can be found under Research and Driving.

Driving has major implications for independence, employment and socialization. It also represents potential risk to personal health and the health of others. Safe operation of a motor vehicle is a responsibility that involves controlling a two-ton vehicle traveling through time and space, at high speeds, multi-tasking negotiating traffic, signal, road and weather conditions.

High Functioning Autism (HFA), including Asperger’s Syndrome and Pervasive Developmental Disorder, is not associated with intellectual impairments. However, it does entail characteristics that may affect driving skills including motor coordination and planning difficulties; attention modulation issues; insistence on sameness or limited flexibility; emotional dysregulation, such as heightened anxiety limited ability to anticipate the actions and intentions of other drivers; generalizing skills to different environments; and perceptual differences, such as excessive attention to details at the exclusion of broader contextual factors. Each of these characteristics could be detrimental to successful driving, but, particularly so when they occur in combination. Additionally, they could have implications both for the potential to drive and how quickly driving skills are acquired.

Our literature review identified only one study on HFA and driving, This study found that those with HFA had slower hazard detection times, and this was even worse when detecting human hazards as opposed to non-human hazards.

To address this paucity of research and to begin to understand these issues, we recently conducted an internet survey (Journal of Autism and Developmental Disabilities, In Press). Respondents included 123 parents/caregivers (81% mothers) of adolescents/young adults with HFA (73% males, median age = 19, range 15-25 years) who were attempting to, or had previously secured (48%) a driver’s license.

When asked why their son/daughter did not have a drivers’ license, 46% indicated their “lack of interest”. On-road driving instruction was provided by mothers (81%), fathers (62%), school-based drivers education (19%) and professional driving schools (8%)

Two-thirds of respondents indicated that HFA “moderately” to “extremely” negatively influenced their son/daughter’s driving ability, while 34% responded they worried “somewhat” or “not at all.” In contrast, when asked “How worried do you believe your son/daughter is about the impact of HFA on his/her driving?” the responses were virtually reversed, with 37% reporting their son/daughter was “moderately” to “extremely” concerned, while 63% indicated that their son/daughter was worried only “somewhat” or “not at all.” Parents were asked to rate the impact of seven specific characteristics often associated with HFA on their son/daughter’s driving skills. The issue most frequently endorsed as problematic was “multitasking.” Other difficulties were “Understanding Nonverbal Communication, and “Tolerating Unexpected Changes in Routine” .

Maintaining lane position, turning, speed control, braking, use of turn signals, and use of mirrors were all rated as “Not Difficult at All” or only “Somewhat Difficult” by 66% or more of respondents. More complex skills were rated as harder to teach, with 55% of parents rating “Awareness of Traffic,” and 65% of parents rating “Multitasking, e.g., Merging when trying to maintain speed,” as “Difficult” or “Very Difficult.”

Respondents were also asked to name what they believed to be the “least helpful strategy in teaching driving.” Several themes emerged from responses to this open-ended question. One was emotionality. Many parents said it was not helpful to show emotion, raise their voice, get upset, or “cringe.” Another theme was talking too much. For example, several parents replied it was not productive to provide more than one instruction, too much information at one time, or too much verbal correction; generally, talking while their child was driving was not seen as beneficial. Additionally, parents also indicated that learning to drive in multiple cars was confusing for their son/daughter.

Parents had a number of suggestions about what works best for their son or daughter. They clustered in the following areas:
• Use practice and repetition. Parents suggested that regular, sustained driving experiences had been useful. Several indicated that, compared to typically developing siblings, their son/daughter with HFA required twice the practice to acquire adequate skill levels. They also suggested that, when an error occurs, it is beneficial to provide an immediate opportunity to go back and correct the mistake.
• Teach skills in small steps. Breaking down each skill into individual steps rather than in combination was considered helpful.
• Use video games and other driving-like experiences before trying to drive a car. Microsoft Xbox 360 and other video games were cited by a number of parents as a precursor to successful driving. Several also suggested that experiences driving go-carts, riding mowers, tractors, etc., had provided a good basis for learning to drive a car.
• Parents reported that talking through (or providing a visual map of) the route to be taken and the potential hazards to be encountered was helpful for their son/daughter.
• Be calm/patient. Parents repeatedly cited how important it was for them to stay calm while teaching their son/daughter to drive. Several indicated that, because they were unable to do so, they sought driving instruction professionals. Professionals with experience teaching individuals with special needs appear to have had reasonable success.

At the conclusion of the survey, we informed respondents that we were beginning a study of the effectiveness of a virtual reality driving simulator for teaching driving skills to individuals with HFA, and we asked parents to rate how beneficial they thought this approach might be, using one of the following five options: “Not at All,” “Somewhat,” “Moderately,” “Very Much,” and “Extremely.” More than two-thirds (67%) of parents/caregivers indicated that this technology could be “very much” or
“extremely” useful.

The full study, In Press, is available online at the
Journal of Autism and Development Disorders.

Daniel J. Cox, is an associate director at Youth-Nex, University of Virginia Professor in the Departments of Psychiatry and Neurobehavioral Sciences, Internal Medicine, and Ophthalmology. A primary focus of his research career has dealt with driving safety and youth, both general and clinical populations (e.g. Asperger’s disease, type 1 diabetes, Attention Deficit/Hyperactivity Disorder) in terms of assessing and improving driving competency. A recent study, “Understanding and Supporting Safe Driving of ADHD Teenagers with Auditory Feedback” is one of four Youth-Nex seed grants awarded this year. Ann Lambert  is a post-doctoral fellow working with Dr. Cox in the Virginia Driving Safety Laboratory, University of Virginia medical Center.