Trajectory of Adult Obesity Rates in the U.S project Virginia to be 50%-55% Obese by 2030. Research shows obese children are very likely to become obese adults.

Arthur Weltman presented “Obesity in Children and Adolescents: Effects of Lifestyle Intervention” at the September’s Works In Progress Meeting. 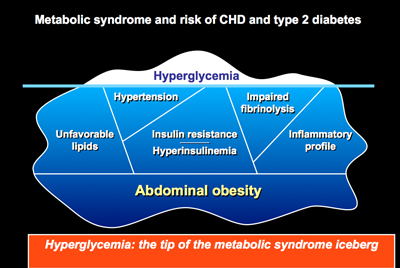 One of the attendees, Nikki Godine, YN Research Technician, writes her impressions of the talk.

Related posts are available under Works In Progress, Research

Art Weltman’s talk addressed, in my opinion, one of the most important health issues in America – obesity and the health problems that go with it. It seems like we’re inundated with so much information about the obesity problem in America, and the importance of diet and exercise, that it’s easy to shrug off the importance of this topic. Lots of Americans are obese – so what, we already know that; we hear it all the time. What I didn’t know was just how many Americans are considered obese, and how that number has changed drastically in less than two decades. For example, over a quarter of Virginia’s population is currently considered obese – that’s one in every four people.

Those numbers are pretty astounding. But the issue of obesity is bigger than numbers and percentages – it’s also important because it affects the health of so many people in many different ways. Obesity isn’t just about having a lot of extra body fat; it’s also about the potentially life-threatening health concerns that are linked to obesity, such as diabetes, hypertension, and cardiovascular disease. So, what can be done about obesity in Americans? The good news is that prevention and treatment doesn’t have to be complicated or expensive. Lifestyle changes, such as a healthy diet and 150 minutes of moderate to vigorous exercise per week, can keep you at a healthy weight, or can lead to significant weight loss for those who are overweight or obese.

Certain medications can also be effective in terms of weight loss when combined with diet and exercise, but these medications don’t provide any benefit beyond what diet and exercise provide. Weight concerns, though, are only one part of obesity – risk factors for health issues such as hypertension, diabetes, and cardiovascular disease are very real, potentially life-threatening concerns associated with obesity, and should also be targeted when tackling the problem of obesity.

The same interventions for weight loss can also work well for reduction of these health issues – both diet/exercise and diet/exercise/medicine can reduce the likelihood of insulin resistance and blood clots, for example.

However, it’s important to note that medicine doesn’t have any effect on the reduction of health issues beyond what diet and exercise already contribute. In other words, taking medication isn’t going to significantly help the health problems associated with obesity; lifestyle interventions such as diet and exercise are your best bet for treatment of problems associated with obesity.

That’s the good news – prevention and treatment of obesity is fairly uncomplicated and can be inexpensive. The bad news is that a lot of people don’t take advantage of these relatively simple preventative practices – it’s hard to get people to exercise and eat healthy.