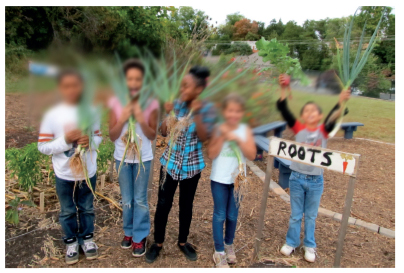 Students with onions from the garden project – a University-school partnership.

Eleanor V. Wilson, Associate Professor in the Curry School of Education, has been a faculty advisor for three “Wellness and Gardening” projects, all a part of a University-elementary school partnership which she says is having a cumulative impact on the community. Charlottesville’s Burnley Moran Elementary school and university students co-lead the work and “it is an example of not only school-university cooperation,” says Wilson, “but as examples of ways to incorporate principles of healthy living as a part of Positive Youth Development at the elementary school level.” Following is her summary of the projects. 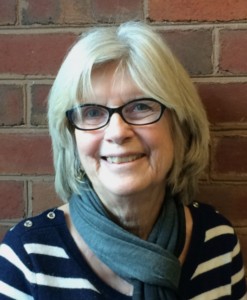 For the past three years, U.Va. students have participated in projects initiated by a Charlottesville non-profit organization and then, a Community Based Undergraduate Grant, (funded by the Office of Undergraduate Research at the University of Virginia) and followed by two Jefferson Public Citizens grants have collaborated to enrich the Charlottesville City Schools “City Schoolyard Garden Project.” Initiated in 2009, the City Schoolyard Garden (CSG) was a non-profit venture dedicated to cultivating academic achievement, health, environmental stewardship and community engagement through garden-based, experiential learning. A pilot garden program was founded at Buford Middle School and in 2011 the partnership was extended to all city elementary schools. Once this project was underway, University students became involved as partners in expanding the goal of creating healthy living habits for elementary school students. View video: “Wellness and Gardening.”

In 2012-2013 several U.Va. students obtained a Community Based Undergraduate Research Grant to collaborate with Burnley-Moran Elementary School. The main goal of this project was to encourage healthy lifestyle habits with children via expanding the garden and holding weekly meetings of a garden club for third and fourth graders with lessons designed to specifically target nutrition, environmental stewardship, vegetable gardening, and exercise.

The U.Va. students collaborated with the elementary school teachers to design curriculum for both in the after school program and during regularly scheduled elementary instruction. The Healthy Habits club met for eight weeks after school in the spring of 2013, during which lessons included lessons on nutrition, exercises, and planting and maintaining the garden for the season. Funds were also available to make a small tree house for the garden. Students provided answers to pre- and post- assessment probes about their knowledge of healthy living habits and also kept weekly journals about their activities. Analysis of the data, published in a peer-reviewed journal, showed that students had gained information from participating in these activities.[1]

Recognizing that sustainability for the Burnley-Moran project was limited, a group of students are now working on a third Jefferson Public Citizens Project that was funded for 2014-2015 which will focus on incorporating a nature trail into the environmental curriculum at Burnley-Moran School.

Excerpted from the Journal of Jefferson Public Citizens article: 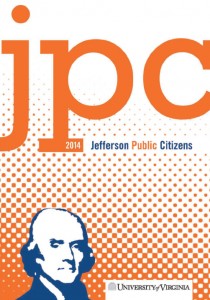 Results: “From our data, we received overall positive feedback and tracked indicators that students were adopting healthy habits taught in the club. Enthusiasm among club members was clear from the start. Although attendance was not mandatory, students consistently came to club meetings. On the first day of club, a student asked how often we would be meeting and was disappointed to learn that we would only meet once a week. Another student was equally disappointed to learn we would not meet the Tuesday before Thanksgiving. This sentiment was echoed throughout the semester, demonstrating that students both enjoyed the club and felt a strong sense of commitment to their participation.”