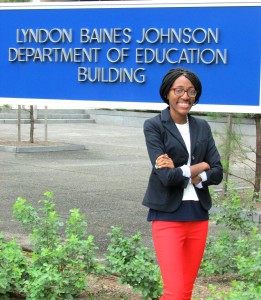 I will never forget my experience working as a Mile 22 Hydration Station volunteer at the Boston Marathon when bombs exploded at the finish line. I can still picture the chaos that ensued moments after the bomb exploded at the finish line: the speeding of police cars from the security station behind me, the confused looks from runners who asked me what was happening, the screams from sprinters passing by as they called the names of fellow teammates, and the sobs of onlookers doubled over in fear and distress. I offered Gatorade and words of comfort to runners until the road in front of me was clear.

After the bombing, I found myself exhibiting common reactions to trauma. I had trouble focusing during my graduate classes, found myself clutching my chest in fear every time I heard a siren or car horn, and returned to my apartment at the end of each day incredibly fatigued and unable to concentrate or sleep. The sights and sounds of the world suddenly felt overwhelming. With support from friends, family, and professors as well as access to free resources from school and local community agencies, I began to recover after about three weeks.

A year later, when Arianna*, one of my African American eleventh grade students with a cumulative gpa below a 1.0, told me she felt like she was never “fully there” in the classroom, always felt like she was having mini panic attacks, and desperately wished for a break from “all of the noise,” I noticed similarities in her symptoms with my own traumatic experience. She remarked that once, when the stress and panic felt like too much to bear alone, she checked into the ER and was hospitalized overnight for suicidal thoughts. She spoke of instances of trauma and intense prolonged daily toxic stress she experienced raising her young son as a teen mom with little support in a low-income neighborhood with a high concentration of violence and drug use. She attributes meeting caring and concerned adults in my weekly program as inspiration to graduate and explore community college.

According to the National Child Traumatic Stress Network, one out of every four children in school has been exposed to a traumatic event that may have a detrimental effect on the health and wellbeing of students. Unfortunately, some stories of students who do not find support end in tragedy. Notably, a recent study found that the rate of suicide among African American children between the ages of five and eleven has doubled in the past two decades (Bridge et. Al., 2015). Between 1993 and 2012, African American children were three times more likely to commit suicide than white children. While the suicide rate for white youth decreased significantly from 1.14 to 0.77 per million, the suicide rate for African American youth increased significantly from 1.36 to 2.54 per million during this time period. The suicide rates for both African American boys and African American girls increased, though only the rate for Black boys was significant. A previous National Institute of Mental Health study found that Black girls between the ages of thirteen and seventeen may be at a high risk for attempting, but not committing suicide (Joe et. al., 2009.)

Researchers suggest that disparities in suicide rates between Black and white youth could be attributed to an increased likelihood of exposure to violence and victimization, punitive school disciplinary practices that cause a school-to-prison pipeline, early pubertal onset that increases the risk of anxiety and depression, and toxic stress that can lead to trauma and post-traumatic stress disorder. Additionally, when African American youth experience adversity, they are less likely to seek help from a mental health professional.

Have the Courage: Get Involved!

It is important to seek help by reaching out to a school counselor, pediatrician or mental health professional if you think you or your child may be experiencing symptoms of a mental illness and/or toxic stress.

Caring and concerned adults can play an important role in supporting youth by:
•    listening and validating emotions and experiences
•    advocating for youth by knowing the symptoms of toxic stress and mental illness
•    connecting youth to resources that can promote resilience and lessen the effects of stress