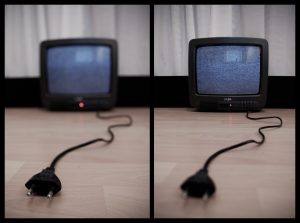 This is the first post in a series based on Professor Valerie Adams-Bass‘ UVA class, “Media Socialization, Racial Stereotypes And Black Adolescent Identity.”

Introduction by Valerie Adams-Bass, Ph.D.
TV talks. The characters we view on television shows and in movies speak to us through the written scripts and through the physical bodies of the characters. Media socialization—the exposure to mass communication (television, radio, internet, newspapers) messages, which teach people socially accepted behaviors that have: (a) a direct influence on cognitive ability and behavioral functioning, and (b) a mediating or facilitative indirect influence on learning (Adams & Stevenson, 2012), has been identified as a notable factor during adolescence. Arnett, 1995; Lloyd, 2002; Strasburger, Wilson & Jordan, 2014). Students in EDHS 3100, Media Socialization, Racial Stereotypes and Black Adolescent Identity, are learning about the scripts that are associated with black media images and discussing the impact on African-American adolescents. Their blog entries reflect an understanding of the scripts viewed in television sitcoms, drama, reality shows, or movies and the potential impact of exposure to theses media images on viewers. 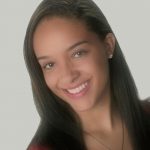 The Parkers, “That’s What Friends Are For”
By Alysa Triplett, UVA student

The Parkers is a sitcom about an African-American mother-daughter duo in Los Angeles, California who both attend a local community college. In this particular episode, both mother (Nikki) and daughter (Kim) prepare for a final examination for a class taught by professor, and love interest of Nikki, Stanley Oglevee. Just a few days before the exam, Nikki’s high school friend, Flo, arrives in town for a charity walk and stays with the Parkers. Flo’s presence proves to be a hindrance to Nikki’s studies as she repeatedly convinces Nikki to go out instead of studying, even the night before the test. On this particular night, Flo leaves Nikki at a party, which eventually results in Nikki getting arrested and missing her morning exam. On Kim’s side of the story, she and her [musical] band (with friends Stevie and T) book a lot of gigs in the days leading up to the exam. This leaves them with little time to study and thus they resort to cheating. END_OF_DOCUMENT_TOKEN_TO_BE_REPLACED