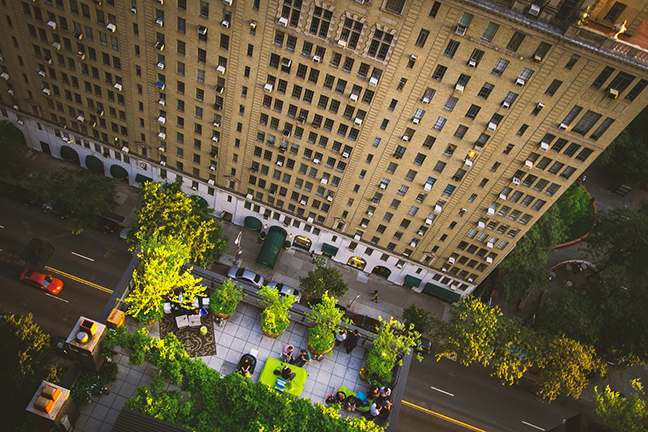 by Jenny Roe, Ph.D. and Alice Roe
Originally published on The Centre for Urban Design and Mental Health (UD/MH) blog, here. [Jenny Roe, Ph.D., is Director of the Center for Design and Health, School of Architecture, University of Virginia. Her recent talk, at our sponsored lecture series, can be found here.]

Access to parks and urban green space facilitates exposure to nature, exercise and social opportunities that have positive impacts on both physical and mental health. In the last decade, rates of migration have risen dramatically across the globe: by 2038, it’s expected that half of London’s residents will be of a black and minority ethnic origin (BME). Our cities, towns and communities are becoming increasingly multicultural and, yet there are inequalities. A recent report by the Equalities and Human Rights Commission showed that in the UK, ethnic minorities are experiencing worse health outcomes. This is particularly the case for mental health: in 2012, the proportion of adults in England who were at risk of poor mental health was found to be higher among Pakistani/Bangladeshi and African/Caribbean/Black respondents than White respondents, and there were inequalities in accessing healthcare.

Hence, it is increasingly important that research reflects the diverse make-up of these populations. A new study has sought to better understand the differences in use and perception of urban green space among BME groups in the UK, and illustrated the need for park facilitators to accommodate the needs, attitudes and interests of our multicultural population.

Several reviews have recently synthesized evidence showing the health benefits of contact with green space across a variety of international contexts but evidence of benefits by race/ethnicity is a notable gap. Given that BME groups in the UK generally suffer from poorer health and a wide range of environmental inequalities – perceiving their local open space to be poor in quality and reporting lower levels of use – the possible benefits of research into the relationships between green space, health and ethnicity is huge. While past studies have begun to identify different patterns of use and preference by ethnic minorities in urban green space, compared with white British populations, there is a need to better identify the underlying – and intrinsic – motivations behind these diverse behaviors. The study, conducted by Jenny Roe, Peter Aspinall and Catharine Ward Thompson, addresses this gap by exploring the role of urban green space in promoting general health within deprived urban communities in England.  The study took an usual approach by exploring how aspects of social wellbeing – feelings of loneliness, perceptions of trust in the local neighborhood, and place belonging – relate to general health, alongside the physical neighborhood characteristics of deprived BME and white British communities, including perceptions and use of local green space.

Using a self-rated general measure of health, the study explored individual, social and environmental predictors of general health in six ethnic groups living in three of England’s most ethnically mixed conurbations (i.e. London, Manchester and the Wolverhampton and Coventry area). The results of a household questionnaire, given to 523 people, identified three distinct health groups according to ethnicity: (1) people of Indian origin, who recorded the best health, (2) white British and (3) a segment labeled ‘Mixed BME’ combining people of African-Caribbean, Bangladeshi, and Pakistani origin, and ‘Other BME’ (e.g. people of Chinese origin and other white background), who reported the worst health.

A key finding was that aspects of social wellbeing predicted general health in all three health groups. Trust was a high ranking predictor of general health, particularly among people of Indian origin, compared to our ‘Mixed BME’ group, where place belonging ranked more highly. All of our measures of social wellbeing were found to be highly correlated to perceptions and use of community green.

Significantly, general health in the worst health group (i.e. those ethnicities within the ‘Mixed BME’ group) was far more likely to be predicted by variables in urban green space usage and perception than in any other health group. Those of African-Caribbean, Bangladeshi, and Pakistani origin, and Other BME, perceived the quality of local green space to be poorer (i.e. less safe, less attractive) and their visiting patterns varied significantly between winter and summer. In particular, low level of visits in winter was a significant determinant of poor general health. By comparison, the best health group (i.e. people of Indian origin) rated their neighborhood more positively and felt greater levels of place-belonging than the other two health groups. For people of Indian origin, walking to a local urban green space was a predictor of good health, and they were much more likely to be accompanied by someone during visits (90%). The study identifies a clear correlation between self-reported general health and levels of use and perception of urban green space among BME communities and, consequently, points to a need for health policy to better understand how to foster positive use of urban green space among ethnic minorities throughout the year.

By exploring the differences in use and perceptions of urban green space by ethnic group, the study identified the need for urban planners to take into account the diverse usage patterns of minority groups. For instance, we know that young women of Asian-British origin will be more likely to visit local green space if they can find a space to be among women of their own ethnicity. Park planners and recreational facilitators must therefore make a pronounced effort to understand these patterns of behavior in order to better, and more appropriately, provide for BME groups. The study made clear the need for a culture of health specific to locality, race and ethnicity and the need for an intersectional approach to research – which is able to understand differences according to ethnicity, gender and poverty – to become the norm. 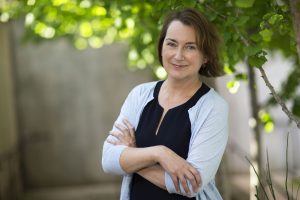 [Jenny Roe, Ph.D., is Director of the Center for Design and Health, School of Architecture, University of Virginia. Her recent talk, at our sponsored lecture series, can be found here.]