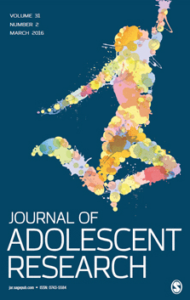 We resume blogs about Positive Youth Development with a focus on the center’s three new core areas: a) Out-of-School Time; b) Educational Systems: Middle School; and c) Community Engagement: Civic and Political.

We start with the Journal of Adolescent Research Special Issue focus on Youth Civic and Moral Engagement. Nancy Deutsch penned the introduction, posted with the permission of the publisher, which shines a light on the events that transpired in Charlottesville over the summer of 2017.

As our editorial team was putting together this issue, our home, Charlottesville, Virginia, was still reeling from the events of the summer of 2017. Images of angry White, mostly male, faces holding tiki torches and weapons, wearing white polo shirts and khakis, chanting fascist and racist slogans were still fresh in our minds. Many of these faces were young; the leaders were under 40. The man charged with killing Charlottesville community member Heather Heyer, who was one of the counter protestors on August 12, was 20 years old. For those of us who study young people, these images could seem to signify a crisis of civic engagement—a reflection of youth whose disengagement from the moral fabric of our society was so great as to lead them to a White supremacist movement that advocates violent hatred.

Yet that is not the full Charlottesville story. On the evening of August 11, 2017, a group of students from the University of Virginia faced down a mob of tiki torch wielding White supremacists who had marched across the school’s campus. The students linked arms, surrounding the statue of Thomas Jefferson that sits at the heart of campus, in front of a sign proclaiming “VA Students Act Against White Supremacy.” These students took the ultimate civic stand—putting their bodies in harm’s way to defend the values that we hold dear. Members of the antifascist movement, whom some clergy members credit with saving their lives during the protests on August 12, are also primarily young people. Furthermore, for weeks, months, and even years before the August events, local youth had been working within our community to organize for racial and social justice. It was a high school student who started the petition to have the confederate statues removed from our local parks. Local high school students started a Black Student Association and an organization to help undocumented students. Their story is one of civic and moral engagement of the highest caliber.

This fall, as I walked across campus every day, I was reminded of the courage and moral fortitude of our local youth. At the same time, I could not ignore the continued presence of White supremacy and the increasing public presence of hate groups across the globe, groups that often prey on disengaged young people for recruitment. The time for a developmental focus on youth civic and moral identity and engagement is now.

In line with our mission, and following that commitment, our editorial team decided to create a special issue featuring articles focused on civic engagement and moral identity. The four articles in this volume feature a range of perspectives from across the globe. Some consider contexts or interventions that may promote civic engagement, such as schools, service learning, and youth councils. Others consider the development of moral and/or civic identities. We felt that this topic was timely and deserving of a dedicated issue. We hope that you agree. And we hope that some day #Charlottesville can come to represent not the violent reemergence of hate groups in the United States but the power of youth civic engagement and moral identity, and the tremendous ability of young people to promote positive social change.

Articles in the issue: (access depends on your individual or institutional permissions):