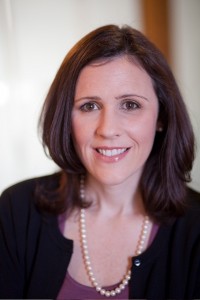 Catherine Bradshaw is Associate Dean for Research and Faculty Development at U.Va and Co-director of the Center for Prevention and Early Intervention at Johns Hopkins.

Bradshaw writes on new findings from her recent research, “Bullies, Gangs, Drugs, and School: Understanding the Overlap and the Role of Ethnicity and Urbanicity,” published in the Journal of Youth and Adolescence.

The issue of bullying is of growing concern in schools across the United States. Significant research attention has been given to the overlap between bullying and other forms of youth violence, including gang involvement, as well as behavioral health risks, such as substance use. Bullying is a significant issue for schools since it not only creates a poor school climate for students but also negatively affects the work environment for school staff.

An article in the Journal of Youth and Adolescence recently reported the link between bullying involvement, as both a target and a perpetrator, and other forms of youth violence and substance use. The study builds on prior research on the behavioral risks associated with bullying, particularly among the subgroup of youth involved as primarily bullies as well as bully/victims. It broadens previous research by examining more serious forms of involvement in violence, such as gang membership and weapon carrying. The researchers also advanced our understanding of the complex issue of bullying by exploring the potential influence of student ethnicity and community context. Highlights of the study’s report include:

·     The risks named above are present among high school youth (grades 9–12), an age when the risk for more serious forms of substance use, serious involvement in violence, and school failure are considerably higher than in elementary and middle school.

·     Few models have been tested in U.S. urban settings, or with large populations of African American students.

·     The study highlights the need for more targeted programming aimed at adolescents already involved in bullying, especially the bully/victim subgroup.

·     Given the study’s findings regarding the co-occurrence of bullying and other health-risk behaviors, schools should consider addressing the broad range of youth problem behaviors, rather than focusing more narrowly on bullying. For example, programs that promote core skills and competencies that impact multiple outcomes may be most impactful for a range of behavioral and mental health concerns, including bullying.

Abstract: “Bullies, Gangs, Drugs, and School: Understanding the Overlap and the Role of Ethnicity and Urbanicity,” published in the Journal of Youth and Adolescence.